The Last of a Season 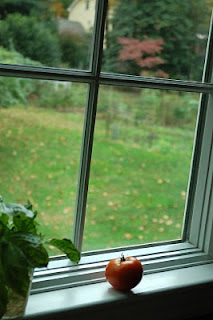 Here 'tis.  Our last, luscious, lonely tomato of the season.  Sitting on the kitchen windowsill.  Bob & I are watching and waiting until it is about to burst with ripeness before we sacrifice it to the end of summer gods.  As you can see by the color out the window, Mother Nature does not care about my tomato.  Autumn is here.  One of my favorite things about living in Virginia is the fact that we DO get four true seasons. (although I must confess I could skip DC's "hazy, hot and humid" August.)  We are dragging out the fire pit this weekend so the teenagers can dance around it and toast marshmallows. Fun! 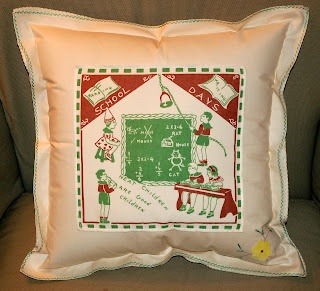 Thinking of the seasons change and the impending holidays makes me reflect on the many losses my friends have endured this year. Judy, her father. Pete, a brother. Phil & Barbara, their daughter. Betty & Jim, their grandson. Hank, his mother. Julie, her grandmother. Ashleigh, her college BFF. David, his wife. So much loss and mourning. So much strength and fortitude. We also lost the last original homeowner on my little street.  Jackie recently passed away peacefully in her sleep to the shock and chagrin of her closest neighbors who always took such solicitous care of her.  In one of those "can this be a coincidence, really?" moments, Roger my former neighbor was chatting up Randy (the friend who bought Roger's house almost a decade ago).  Roger mentioned how nice it was to see everyone even under such circumstances as he lived in the Midwest now. Where? Indiana. What town? Oh, it's small you've never heard of it.  Turns out it is the same town where Randy went to school and where his mother still lives! Small world. 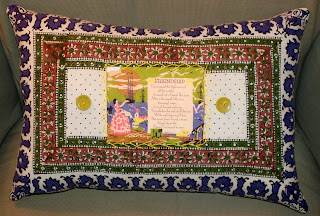 Disregarding the sugar fest of Halloween, this year All Saint's Day will be a day I stop and contemplate all those goods souls who are no longer with us.  And appreciate those who still are.