was the word for what I helped with on Tuesday. My son's school planned an ambitious field trip. The ENTIRE school went to the National Mall in DC, toured some monuments and then gathered on the steps of the Lincoln Memorial to sing patriotic songs. In tune. Amazing. The Park Service employees told us that they thought this was the first time this had occured in their memory. While the kids were assembling I told a bystander that I was really impressed with our school's principal that she pulled off such an ambitious plan. THEN the lady revealed that she was our principal's MOTHER!!!! Eek, good thing I was being nice!
After we disbanded and made our way to the park to eat our picnic lunches we came upon an impressive sight. A band of sailors in their dress blues silent drilling. The kids were surprisingly very attentive and clapped and cheered when the young men and women finished. The Navy crew was awfully nice and let the kids pepper them with questions and showed off their sidearms and service ribbons. Kindest of all was a commander with a chest full of service medals and a very impressive sword that he let the kids touch (ooooooo....) with the caveat that they stay away from the blade. "yes, it is sharp, yes, that is a real sword, yes, it could cut you, yes it is an official weapon." The sword was truly a work of art with beautifully forged iconography on the hilt and historic engraving. I was tickled by the coincidence of them being at the park right when we were eating and then I heard the Commander talking to half a dozen kids by name! So coincidence? I think not, but regardless it was really cool that we got to see them before we boarded the bus to get back to Haycock! Wednesday was a blur of getting payroll out and updating the sale table. Today I have been busy rearranging Mary Moll's new spring items (if you missed her trunk show last weekend she is bringing more in tomorrow!) and deciding which items I like best. Stifel and Capra is open Friday and Saturday from 10 to 2 so pop in and see what is new. I am grumpy because it is supposed to be almost 70 degrees on Friday and then rain like heck on Saturday so if your soccer and baseball games get cancelled come by and visit; I'd love to see you! 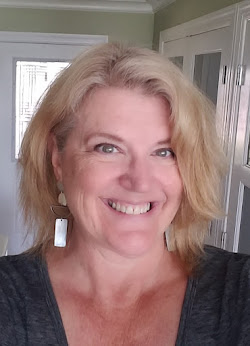