What's Up Magazine - Tip your Hat to 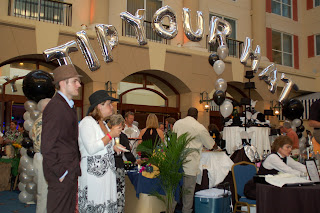 My former colleague, friend and Event Coordinator Joy Hutter called me last Friday and said "I know it is last minute but do I have a deal for you?!" Of course I am slightly suspicious hearing that sentence but it turned out that What's UP Magazine's Annual Best of Annapolis and Eastern Shore 2009 Awards theme was "Tip your HAT to the Best..." and Joy figured between the prize money for best hat and the theme there was be lots of folks wearing hats there but there might be folks that were wishing they were wearing a stylish hat when they got to the event. 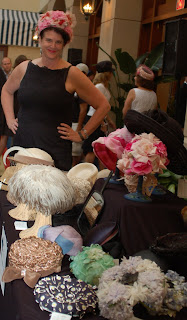 When you think hats, who do you call? Why me of course, so I loaded up a zillion hats and number one client and friend Diana and we hauled dozens of hats across state lines and set up shop! We had a blast people watching and talking to attendees, award winners and the nicest health inspectors I have ever met! We even sold a hat to the mayor!

We saw swanky hats, vintage hats, hats shaped like hot dogs, and a three foot tall "ducks unlimited " number with ducks swimming the reeds. Very tall, very impressive! Almost as impressive as the Ketel Ice Bar, it was hard to fathom that the thing was actually real. Lots of people snuck up to it and surreptiously put their hands on it to really see if it was frozen. Diana and I had a giggle or three watching them be "sneaky".

The food was superb, the venue lovely, the event went smooth as glass. Thanks for including me, Joy! 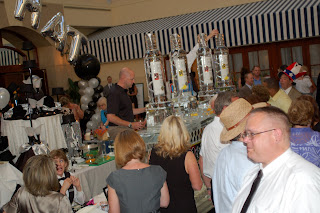